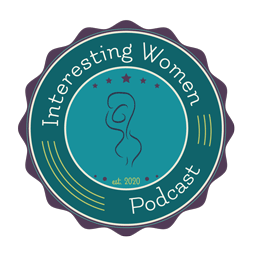 Season 1 update:  We are currently wrapping up the final interviews and have started on the editing and post-production for the season.  Many people have asked us why we are holding all the episodes until we have the full season finished, and the simple answer is because that is the way that we have decided to produce the show.

“When we conceived of the series, it was on a snowy evening in Toronto in January 2020 – what literally seems to be ten years ago instead of just months ago.  The original plan was “hey, let’s do something cool, something we are passionate about, something that might inspire a woman of any age to decide to take a chance and do something she wanted to try, even if the odds were against her and the chance of failing in the enterprise was likely.   So we did.  And we are.  ” — HAZEL

What we have discovered in the process is that while we know how to count on the unlikely becoming reality, this much unlikely is a big pill to swallow, and when you factor in the complete upheaval of life as we knew it, and you throw in some unexpected home schooling, the complete inability to work in the same physical space, and simple fact that sometimes getting one foot in front of the other is the best you can hope to accomplish, well, things get done when they get done, unless they have deadlines, and we do not.

“That innocuous question that Canadian Immigration asked me when I came into Toronto that day, “have you been to China in the past two weeks?”, well, who in their right mind could have suspected that we would be where we are in the world now – one year later – back then?  Certainly not us.  But we persisted; we decided to take our time and create something that we wanted to create, instead of just jamming episodes out for the sake of putting them online.  ” — KIM

Nominate an interesting woman to be interviewed on the podcast.